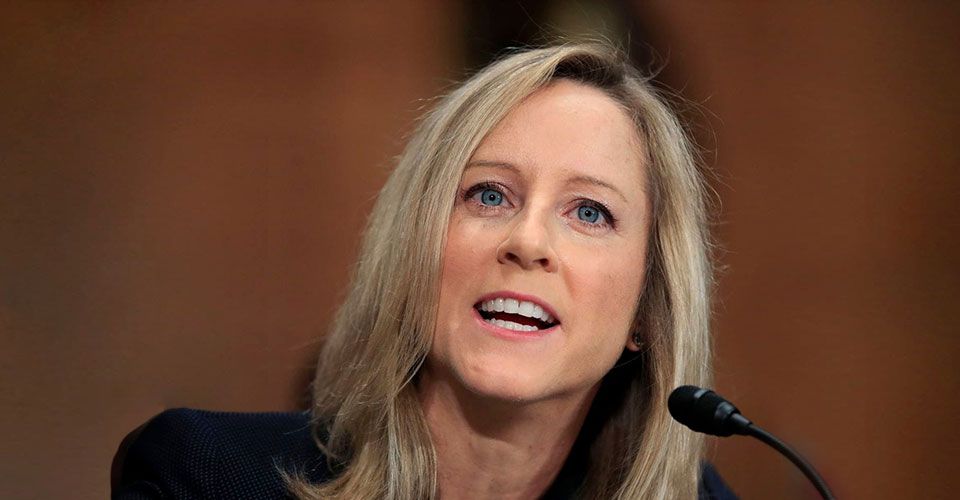 In Feb 2019, the federal consumer finance judge announced another breathtaking decision to relieve payday lenders. They revealed plans to roll back the Consumer Financial Protection Bureau’s 2017 payday lending rule drafted during Obama-era. The rule was disproportionately targeting the low-income borrowers who were offered high-interest loans.

That rule was drafted under former CFPB Director Richard Cordray. The rule basically had two main components:
a) new underwriting criteria for high-cost, small-loan lenders, and
b) putting limits on the frequency which a lender can attempt debiting a borrower’s account.

The decision to weaken the payday lending rule was first proposed by former acting CFPB director Mick Mulvaney, currently serving as President Donald Trump’s acting in charge of the White House Office of Management and Budget (OMB). He also proposed legislation to finish off the bureau and has called the CFPB a “sick, sad joke”.

Mulvaney is considered as an old friend of the payday lenders. The payday lending industry donated more than $60,000 to his campaigns when Mulvaney was a congressman from South Carolina. In return, being the director of the CFPB, Mulvaney quietly closed investigations and trashed lawsuits targeted at payday lenders around the country.

Mulvaney’s successor, Kathy Kraninger, took over the directorship nearly at the end of 2018. She came to the CFPB (Consumer Financial Protection Bureau) from the OMB (United States Office of Management and Budget), where she was working under Mulvaney. Being the new director, she signaled that the bureau might cut off some of the payday lending rules. The proposal for lifting the restrictions was announced and open to the public to comment for the next 90 days.

In an afternoon press release, Kathleen said CFPB would revoke the main core of the rule, where payday lenders need to assess a borrower’s ability to pay off the loan before offering money to low-income borrowers. The bureau explained that the provision decreased the “access to credit and competition in states that have determined that it is in their residents’ interests to be able to use such products.”

The current CFPB Director Kathleen Kraninger has already proposed eliminating the underwriting requirement portion, but she left intact the payment provisions, which were set to go into effect in August. On the other hand, the U.S. District Judge Lee Yeakel put a stay of the Aug. 19 deadline. The stay will remain in effect and the payment provision will also be delayed.

Following the CFPB’s proposal in February, legal experts had expected Yeakel might lift the stay, but he wrote in his ruling that he has received no request to lift the stay.

In oral arguments held on March 12, the CFPB explained that “it would be appropriate to continue the stay of litigation challenging the Rule’s payments provisions only until the [Fifth] Circuit renders its decision in All American Check Cashing,” Judge Yeakel wrote.

Yeakel wrote in the March 19 order – “With regard to the stay of the compliance date, the Bureau’s position is that, at the current time, no party is seeking to lift the compliance-date stay for the payments provisions.”

But consumer advocates explained that the CFPB’s new decision gives a hands-on victory to the payday lenders. Before the original rule was implemented, the lenders normally charged sky-high interest on installment loans. The rate was as high as 950%. The consumer advocates also argue that removing the assessment requirement of borrowers, lenders will be free to provide easy high-interest loans repeatedly to the neediest consumers. By doing that the lenders will again start collecting ever-growing interest or high late-payment fees. As a result, borrowers will be trapped again in debt. The CFPB’s former director, Richard Cordray, called the change “a bad move that will hurt the hardest-hit consumers.”

Sen. Sherrod Brown (D-Ohio), the ranking member of the Senate Committee on Banking, Housing, and Urban Affairs, said in a statement that “Eliminating these common sense protections will result in millions of hardworking families trapped in a cycle of debt and poverty. The CFPB is helping payday lenders rob families of their hard-earned money.”

Alex Horowitz, the senior research officer with Pew Charitable Trusts consumer finance project, informed consumers that the amendment of this rule would leave the 12 million borrowers, who use payday loans annually, unprotected from predatory lending. Due to this change, the interest rates may become high again, which average to about 400%.

“This proposal is not a tweak to the existing rule; instead, it’s a complete dismantling of the consumer protections finalized in 2017,” Horowitz added in his statement. “The rule was working. Lenders were making changes even before it formally took effect, safer credit was already starting to flow, and harmful practices were beginning to fade.”

The Community Financial Services Association of America sued the CFPB due to its rule against payday lending. They have declared that the association was pleased with the announcement, but they are doubtful about the current director’s decision.

Dennis Shaul, the CEO of the group, said in a statement that they want the rule “repealed in its entirety.”

The Trump administration contends that it’s trying to preserve a valuable form of credit. It is not. Rather than trying to extend reasonable forms of credit to those who need it, the administration is going to bat for a business model that takes unfair and abusive advantage of people with too few good options.

“Kathy Kraninger is siding with the payday loan sharks instead of the American people,” said Rebecca Borné, senior policy counsel at the Center for Responsible Lending. “The CFPB, under a previous director, spent five years developing these consumer safeguards, taking input from lenders, faith leaders, veteran and military organizations, civil rights groups, consumer advocates, and consumers from across the country.”