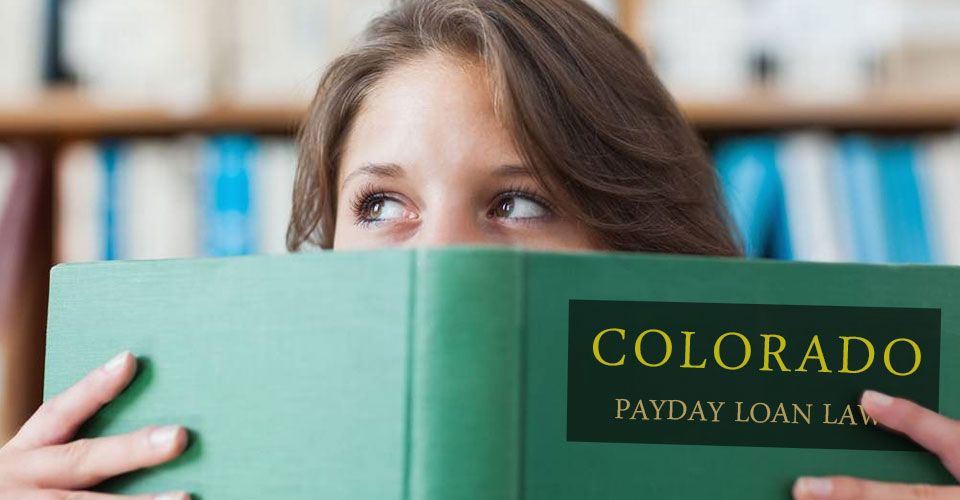 When you have a money crisis and need urgent money, you might opt for a payday loan and get yourself out of that difficult situation. Though payday loans have high-interest rates compared to conventional loans, it might be beneficial for certain borrowers who face critical circumstances. It is quite considerable to use a payday loan only when your are in a deep financial trouble.

First of all, payday lending is legal (lower cost) in Colorado. Details are as follows:

Colorado Payday Loan Laws: What you should know

Maximum Number of Outstanding Loans at One Time: No limit if total debt does not exceed $500 and 30-days between loans.
Rollovers Permitted: One renewal at 45% interest allowed.

Collection Fees: One $25 NSF fee; Court Costs; Reasonable Attorney’s Fees not to exceed the loan amount.
Criminal Action: Prohibited (Unless the consumer’s account was closed before the agreed upon negotiation date)

The laws limit the collection actions lenders can take. If a borrower fails to pay off a Colorado payday loan, then as per the state laws, the lender can’t take any legal step against that borrower unless he/she has closed the checking account before paying off the debt. This essentially means that borrowers who maintain their checking accounts but unable to repay their payday loans totally will be protected by the state laws from payday loan lenders.

These laws are applied to online lenders, storefront lenders, and any other lender serving in Colorado. If they violate these laws, they might have to serve civil penalties.

If your payday lenders are violating any of the payday lending rules of the state, you have the full right to file a complaint against them in the following address:

In the year 2010, Colorado passed a few revolutionary reforms on its payday lending rules. The reform was so impactful that it was considered as a national model. But a group of people also described that borrowers and lending businesses are the two prime elements of payday lending that makes high-interest loans by maneuvering around the law.

As per the Colorado attorney general’s office in Colorado, high-interest payday loans with short payment time are disproportionately provided among the low-income neighborhoods and communities, veterans, and military personnel living on one paycheck to another.

According to the Colorado AG’s office, since the rules and regulations are so strict, lenders and borrowers found a way to ease up the process. They ignore renewing a loan. The borrowers simply pay off one loan and borrow another one at the same time. These back-to-back transactions accumulated almost 40% of payday loans in Colorado in 2015. The strategy has steadily increased since 2010, and re-borrowing increased by 12.7% from 2012 to 2015.

Ellen Harnick, western office director for CRL stated, “While the (reform) was helpful in some ways, the law was not sufficient to end the payday lending debt trap in Colorado.”

The CRL report also said that due to back-to-back borrowing, the average borrower took out at least three loans from the same lender. Apart from that, the borrowers’ from the entire state have paid $50 million in fees in 2015.

At the NAACP Colorado, Montana, and Wyoming conference, the president Rosemary Lytle added – “What they really experience is a cycle of loans that drain them of their wealth and big chunks of their paychecks.” “We’ve been aware for a long time that these inflict particular harm on communities of color.”

As of February 1, 2019, a new law came into effect. The payday lending remains legal; however, from now on, all lenders, who want to operate in the state, are required to comply with 36% APR cap. Such a bold measure is likely to be the initiation of the end of the payday lending business in Colorado.

Colorado payday loan laws provide significant protections to borrowers who take out payday loans. But, due to its high-interest rate, these loans are often not suitable for borrowers who are already struggling with credit card debt a lot. So, if you are considering a payday loan to solve your financial issues, first consult with a debt relief attorney and find out if you can choose a better and more comprehensive debt relief solution.